How to Load a Grease Gun Without a Cartridge? 5 Steps 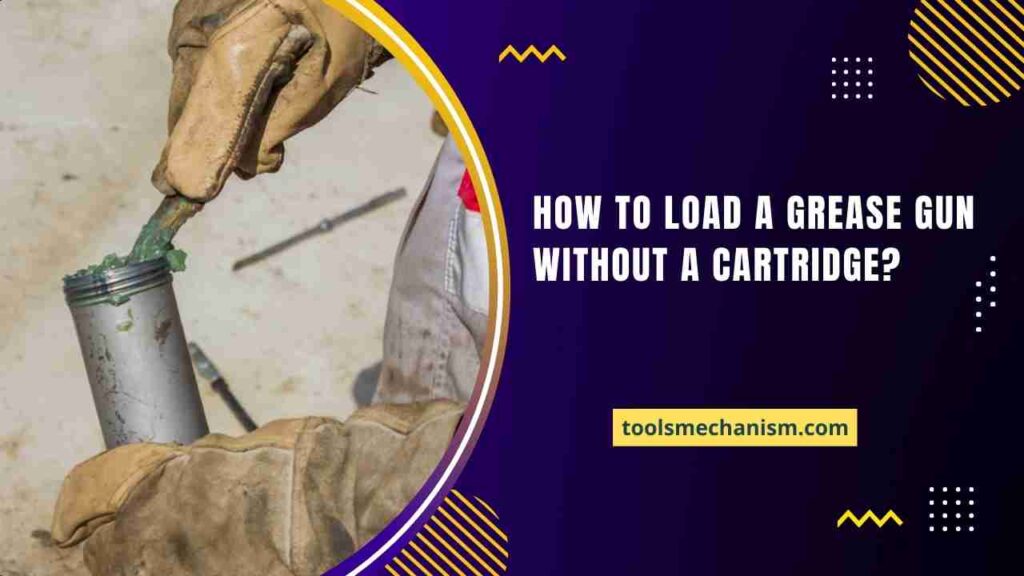 A grease gun is used to apply grease or other viscous lubricants to moving parts of a machine to avoid abrasion. Certain parts of different machines may be difficult to access, and you can grease such parts with a grease gun. However, a grease gun cannot operate when it’s out of grease. It is often refilled by replacing its empty cartridge with a filled one.

How To Load a Grease Gun Without a Cartridge? 5 Steps

You need to separate the head of your grease gun from the barrel. To do that, you have to unscrew the head of the gun from the cap. You also have to remove the handle and applicator tube to gain access to the inner part of the grease gun. Loosen the pieces of the gun. You need to push the piston into the barrel to prevent it from accidentally sucking the grease in the process.

After loading the barrel, you can screw the nozzle to the end cap.

Reassemble the grease gun. Make sure the handle of the piston is positioned correctly. If not, grease may not come out of the applicator tube. After assemblage, you need to test the grease to be sure that you did a good job. Also, you’re likely to have excess grease coming out of the gun. Clean it off with a clean piece of cloth.

How Do You Know When a Grease Gun is Empty?

The first sign of an empty grease gun is that grease no longer comes out of the grease gun. However, when your gun no longer dispenses grease, don’t just conclude that it’s empty. It could be due to another fault. You don’t have to pull your grease gun apart to verify if it’s empty or not. That will be messy.

What Can I Use to Grease My Gun?

What is a Grease Syringe?

Can I Put Grease in a Grease Gun Without a Cartridge?

Yes, it is possible to load your grease gun with grease without a cartridge. However, it will be a little messy and complicated at the beginning, but with time, you’ll master the steps, and it will be much easier for you. The steps involved are few. They have been given above.

What Should I Look for in a Grease Gun?

There are several brands and models of grease guns, but they offer different features, and they are available at various prices. Unfortunately, higher prices don’t always lead to higher quality. So, when looking to buy a grease gun, here are the features to look for.

As you have seen, you can load a grease gun without a cartridge. However, it is easier done with a cartridge. But if a cartridge isn’t available, you can use the other method to load your gun. It may be difficult initially, but after trying it a couple of times, you should be able to master it.

How to Get Grease Gun off Nipple? A Fast and Easy Guide

How To Fill A Grease Gun With A Cartridge? 8 Easy Step