Hammer drills and impact drivers are quite similar tools, and their functions are also similar. Hence, people mistake one for the other. The truth is, they are different tools, and they are meant for different tasks.

Actually, what caused the main confusion is that a hammer drill can also function as an impact driver to an extent, while the latter can also be used as the former to a large extent. And quite frankly, they look alike. After reading this article, you’ll be able to discern the differences between them.

6 Major Differences Between Hammer Drill and Impact Driver for Concrete:

A hammer drill spins and hammers forward. So, while drilling into concrete, it hammers to push forward and spins to widen the hole. The hammering action breaks through, and the rotatory action expands the hole.

A hammer drill applies forward pressure. Yes, a hammer drill can also be used to drive in screws. And it also works like a normal drill. That’s why many of them have three modes – a hammer drill mode, a screw-driving mode, and a regular drill mode. However, impact drivers are better at driving in screws and removing screws.

On the other hand, an impact driver applies pressure sideways. That kind of pressure is called torque. It easily screws and unscrews fasteners from a material. In fact, there are two types of impact drivers – manual drivers and motorized impact drivers. The manual impact driver works like a screwdriver. However, it can be used to drill holes too.

3. What They Work on

An impact driver is not strong enough to work on concrete, cinder blocks, mortar, granite, and bricks, but it does well with woodwork. This means it can drive screws into wood and remove screws out of wood.

On the other hand, a hammer drill can work on concrete and wood. It can drill holes into hard materials like concrete, and it can also drill into wood. So, you can conclude that a hammer drill works on masonry (concrete, cinder blocks, bricks, granite, and mortar) while an impact driver works on wood.

5. In Handling Nails and Bolts

6. The Prices of Both Tools

Of course, you should aim to buy yours from Amazon because the platform offers competitive prices, and every product has a lot of user reviews that will guide you. Nevertheless, you may still want to check the prices of your preferred tool on other platforms before you make your decision.

Can You Use Impact Driver to Drill Concrete?

Well, it depends on the diameter of the hole. An impact driver can drill a hole that is less than ¼ inch through concrete and bricks. Its massive amount of torque will get the job done. However, if the hole is wider than ¼ inch, count an impact driver out. It would drive you crazy on that. That’s because it is not made for wider holes.

Also, the depth of the hole matters as well. Any hole that is deeper than ¼ inch isn’t in an impact driver’s capability. Get a hammer drill for that.

Can a Hammer Drill Be Used on Concrete?

What Kind of Hammer Drill Do I Need for Concrete?

You may want the best brands of hammer drills. It is better to go for Milwaukee, Bosch, Makita, and DeWalt hammer drills. They are the most popular brands. And that’s because their hammer drills are efficient.

Will a Cordless Hammer Drill Work on Concrete?

How Many Volts Does It Take to Drill into Concrete?

How Do You Drill into Concrete Without Cracking It?

You must use a hammer drill since it is the best tool for the job. Also, make sure your drill bit isn’t blunt. Bad or blunt drill bits may crack the concrete. Mark the spot you want to drill and place the mouth of the bit on the spot. Remember that most hammer drills come with multiple speed levels. Start with the lowest speed. You may have to increase the speed later.

To prevent overheating the bit, wet the surface of the concrete with water before drilling it. After drilling for a few seconds, clean off the spot, and continue drilling. It won’t take you up to 2 minutes. 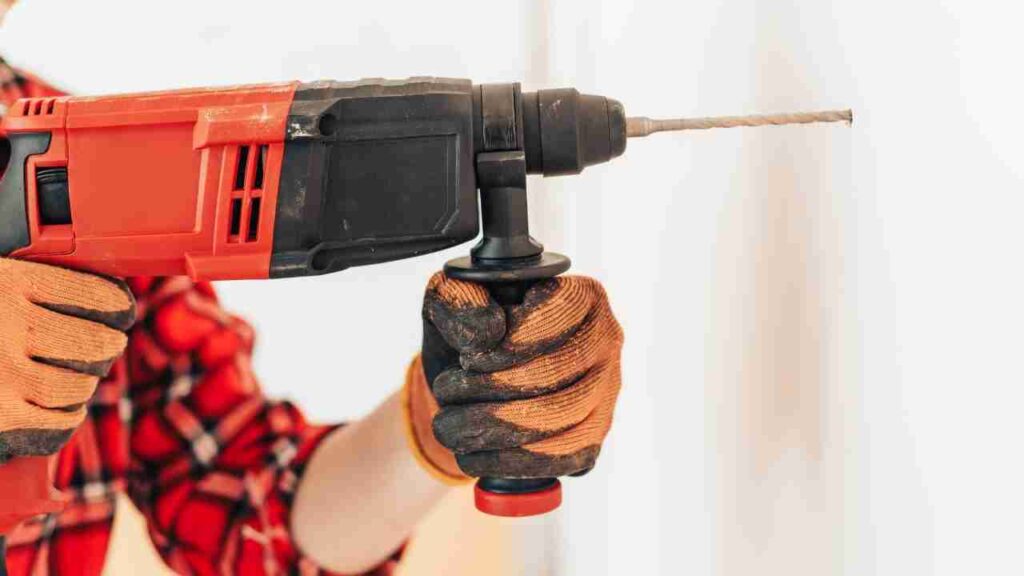 How to Remove Bit from Hammer Drill? 7 Steps

How To Put a Handle on a Milwaukee Hammer Drill?