Greasing properly is proportional to the proper maintenance of the vehicle for the betterment of one’s safety, at least. In the long shot, you can lubricate your vehicle’s chassis with conductive grease and non-conductive grease, in which bulb grease is categorized. Now, if you’re talking of lubricants for lubricating and insulating light bulbs and electrical connections, you’ll want to consider bulb grease and dielectric grease.

Basically, if you’re contemplating which one between bulb grease and dielectric is good for you, then don’t be dazed to realize bulb grease is an example of dielectric grease. How?

Dielectric greases don’t consist of grounded metal as their granule; likewise, the bulb doesn’t. However, bulb grease comprises some fundamental features that make them under dielectric, i.e., non-conductive grease.

Bulb greases have specified significance compared to its competitor. Literally, one can decipher the purpose of bulb greases; they are for preserving the luster of light projectors, connections, and encasements, unlike its comparison that serves generic purposes.

Electrical lights and electrical connectors use bulb greases for lubrication because the silicone content is a good oxidation repellant. Furthermore, bulb greases could be used extensively as a sealant on car batteries and plugs to prevent sparks.

Silicone grease is obviously the most common among dielectric greases, and that’s why bulb greases feature a notable percentage. It has a thickener called silica, but this grease isn’t sticky when a greased part comes in contact with another body.

Bulb grease isn’t the only type of dielectric grease that you can use for lubricating electrical connectors. You can use white-lithium grease and many others. In other words, dielectric greases can be an amiable lubricant for bulb lights like bulb greases. 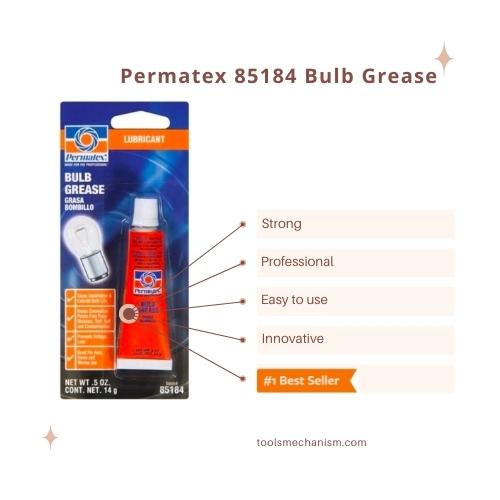 What is Bulb Grease?

Bulb grease is a lubricant used for repelling corrosion and oxidation on light bulbs. Underwater electronic light uses this to maintain the intensity of the light generated from the electric bulb and prevent them from corroding simultaneously.

The grease is recommended for bulbs because they are safe for the photons and components that make up the light bulb. The lubricants are non-conductive and transparent when sparingly applied on bulb surfaces.

What is Bulb Grease Made of?

The primary components that makeup bulb grease are silicone oil and polydimethylsiloxane. Because of the silicone factor, bulb grease is as well-known as waterproof grease. There is a thickener that’s common among products in the marketplace.

Other features are secondary. However, buy from a manufacturer that offers the best services in the industry and check the elements in the bulb grease. Notwithstanding, the thickener popularly available in bulb grease is silica. It’s safe for respiration and surfaces when it comes in contact with human skin.

What is Bulb Grease Used for?

They work on automobiles for greasing batteries, light bulbs, and steel companies for halogen and tail lights. They are an excellent repellant of water.

Bulb grease doesn’t sway divergent or convergent rays of light. Therefore, the bulb grease is called for in cases that warrant shielding an electrical connection in a way that does not inhibit the flow of charges. This grease is used across all industries. 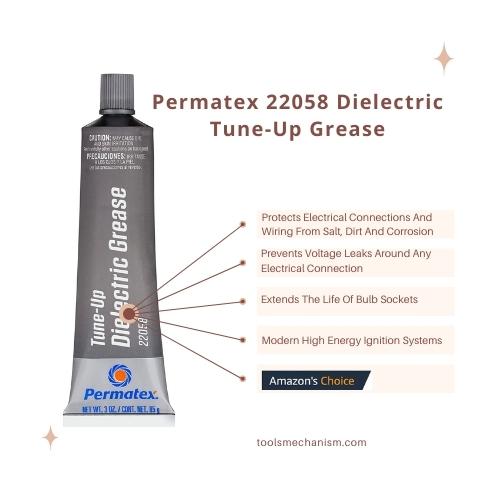 What is Dielectric Grease?

Dielectric grease is an entirety of non-conductive grease. However, this grease is present in various forms with different features.

Each of its types has various temperature degrees they can strive. Indeed, that’s why they are vastly used e needs and the weather at a point in time.

Unlike graphite grease, the greases categorized under this entirety don’t have the slightest atom of grounded metal in their granule, but they exist in different forms and densities. In short, this grease prevents oxidation on electrical connectors so well.

What is Dielectric Grease Used for?

They are extensively used across all electrical connections as they insulate by reducing the high voltage and preserving the connectors from corroding. They are used on transformers, car batteries, cold weather, etc. You can depend on them massively for extensive use.

Can I Use Silicone Grease instead of Dielectric Grease?

Meanwhile, silicone greases have outstanding qualities that make them stand out among other dielectric greases. Silicone greases are applicable on rubbers, woods, and metals and could withstand a temperature range of about -40 and 320 Fahrenheit.

At times, you’ll need to take introspection on whether you really have the time to apply your silicone-based grease on electrical connectors because you’d have to if you’re preferably going for silicone greases. Notwithstanding, silicone grease is most preferable because it’s common among applicators.

Those are the differences and the definition of bulb greases and dielectric greases. The two could be used interchangeably. However, whenever you’re dealing with light bulbs and their connections, bulb greases should be preferably used.

Brake Grease on Back of Pads | All You Should Know

How To Grease a WARN Winch? 9 Easy Steps